Water clowns are the most ubiquitous of all clown types and are found in both salt water and freshwater environments. They have gills that are adapted for breathing both in and out of water which consist of three (occasionally four) slits on either side of the throat. Characteristically, water clowns are excellent swimmers, having greatly oversized feet that serve as massive propelling paddles in any water body. They also are possessed of over-sized hands, which further enhances their swimming ability. Beyond being completely at home in water, what makes water clowns unique is their ability to readily migrate to land to use a deadly arsenal of weapons on their human quarry. 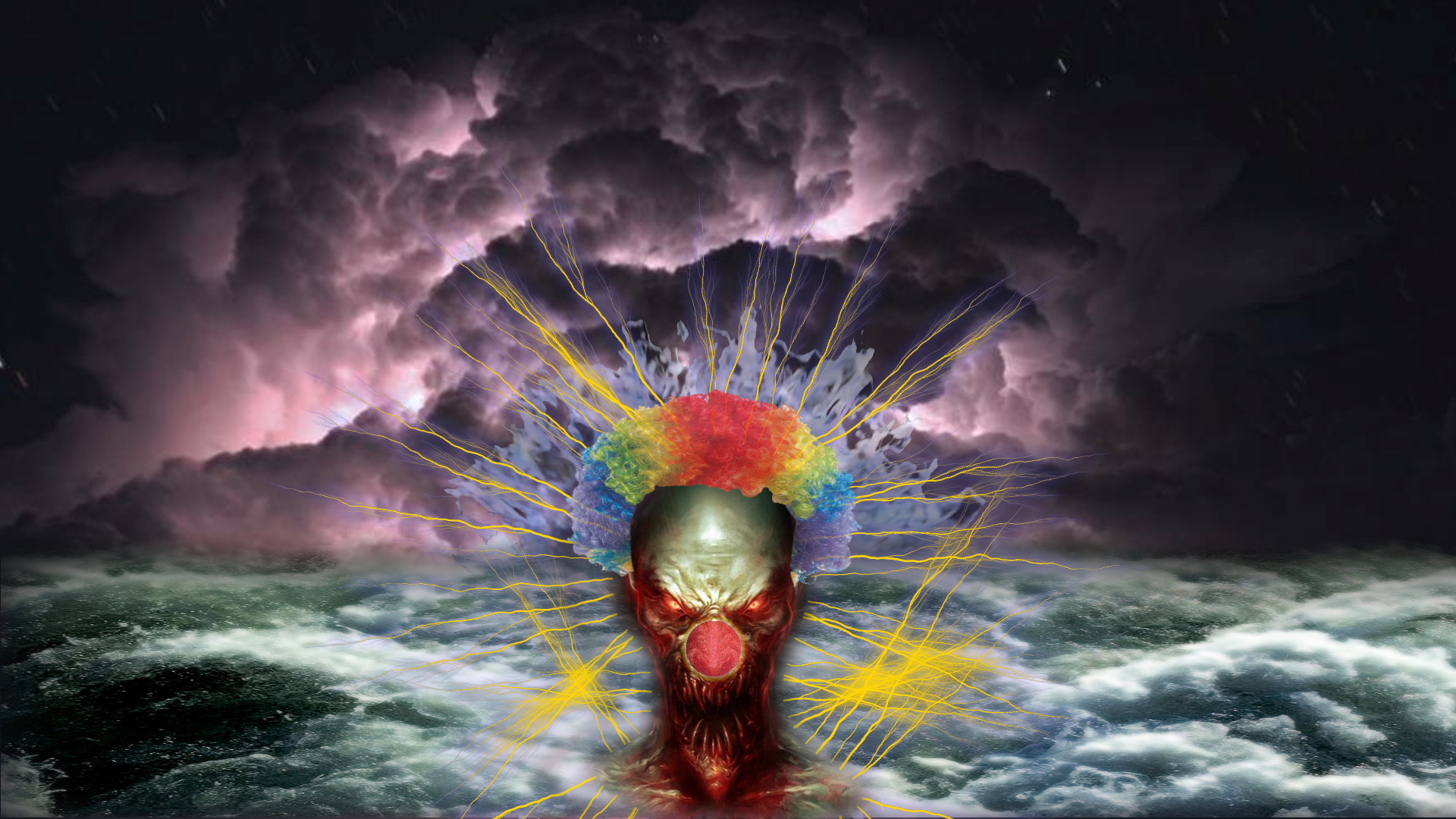 The water clown’s development of a specialised acid producing organ and a built-in network for its distribution throughout its body is perhaps the ultimate adaptation by any of the clown types. It is used as an assistive hunting tool that augments the water clown’s primary hunting weapons – its sharp and deadly nails and fangs and its incredible strength.

It is postulated that the reasons such an adaptation occurred in the water clown are twofold. First, water clowns must frequently take down their prey in zones that are bounded by land and water i.e., beaches and shallow water. By augmenting their super-human strength with the ability to attack with highly corrosive acid, water clowns can overwhelm their prey by disabling the eyes of the victim with an acid spray. This allows for an extremely low resistance kill when supplemented with slicing nails and retractable fangs. Second, the skin of a water clown is covered in a fine oily substance sometimes called viscous oil. This oily substance is secreted from pores located throughout the water clown’s body. It forms a resistant barrier to the damaging effects of acid splash back produced when in full hunting mode on land. This adaptation, coupled with the buffering effect of water on acid, helps ensure that no lasting self-inflicted acid burns occur on an individual water clown’s body. As apex predators, water clowns have been known to fearlessly engage Great White Sharks in coastal waters off California, Australia, and South Africa.

Owing to the remarkable regenerative/recuperative powers of all clowns, injuries sustained in such titanic showdowns are not of great concern to the water clown. More often that not, it is the shark that ends up being the meal in these encounters with water clowns. While the water clown is equally at home on land and in water, the preferred place of repose for a water clown is at the bottom of a deep pool of water in riverine settings, or in protected ocean structures such as corral or underwater grottos. Unlike most marine animals however, they can spend indefinite amounts of time out of the water owing to the resiliency of their skin and highly specialised gill structures.

Finally, water clowns prefer consuming their food underwater, which partially explains the unsolved nature of so many missing persons in coastal urban settings.