The Clown Brawl It is a hyper-violent affair … crude weapons – wooden clubs with nails on the ends for example – are brought to the brawl by many of the smaller Clowns to try and even up the odds against the big, robust, muscular clowns with highly stylized and colorful pointy hair like Krusty that frequent these events. 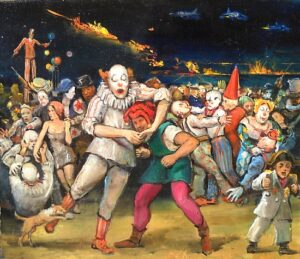 Clown Brawl in a depiction from the Early 17th Century

Mounds of thousands of tiny ‘Termite Clowns’ will mysteriously manifest under the many goofy feet of the Brawling Clowns, consuming the flesh hungrily….

A horrible, turbulent affair… the brawls are the Klown equivalent of a Rave – but the music is cacophonous industrial sound, as befits a teeming mass, many different rhythms, beats and patterns, at times coalescing magically, in a kind of pied piper fashion, which can hypnotically draw in other victims, clown/human/animal. The brawl is almost a separate and distinct sentient entity unto itself, possessing a kind of orgasmic agony.

They use acid a lot – a very powerful acid – strong enough base to approach a Ph of 1. Highly highly corrosive. But the thing of it is, Klowns at one of their brawl pits actually don’t fear acid attacks, because of their remarkable gift from Satan to regenerate any affected tissue or organs that may have been burned. 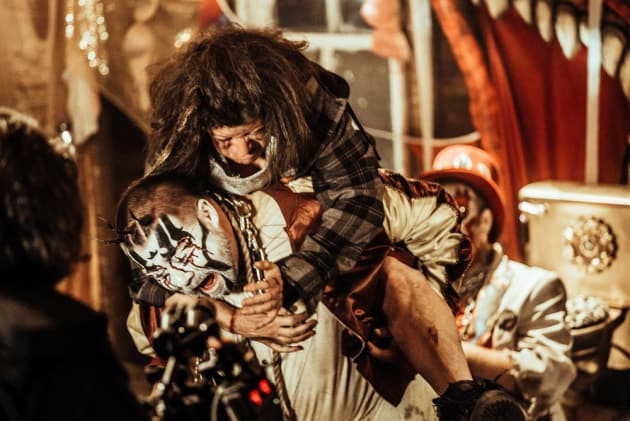 Clown positioning for a neck bite

A roiling, boiling mass of Klowns of all shapes, characteristics, sizes, some flying, others carrying red hot coal in their hands, others with collections of highly venomous creatures that they bring in sacs, others squirting liquids and substances of their own biological processes that are highly acidic. The Klown that squirts acid then has a specialized acid producing organ that is connected to the skin through specialized pores. It also is part of the Klown fang structure; the fangs have a hollow tube that connects them through a circulatory network to their acid producing organ. So many specialized structures in the Klown biology. 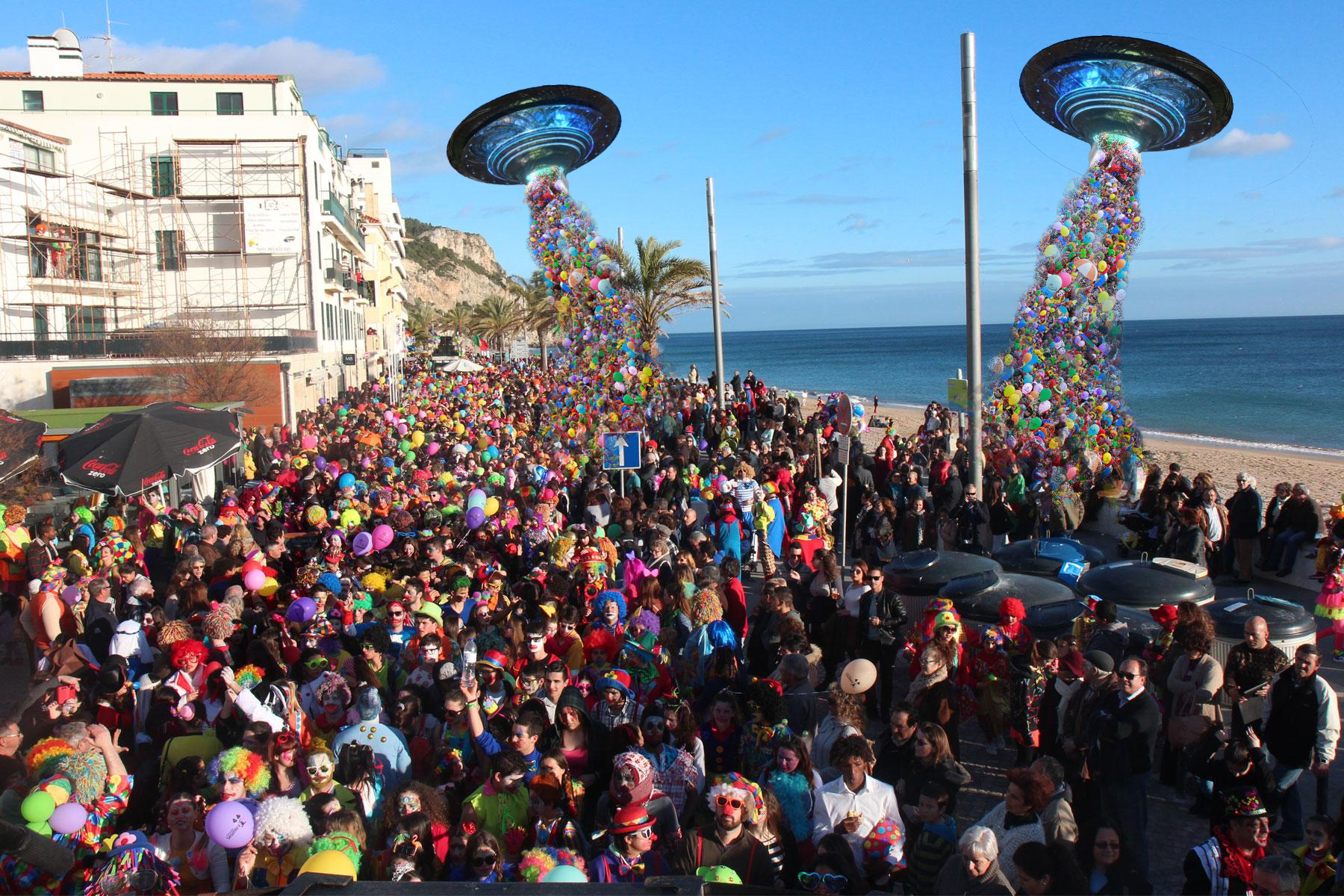 A Murder of Clowns Massing on a Spanish beach before a Brawl.