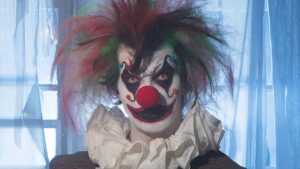 Clowns have, for as long as human history records their appearance, always loved to wear makeup. Accentuating features such as very large mouths, lots of loose skin around the eyes, or mammoth or oddly shaped noses. Exaggerating their features to “entertain”, really the guise of a clown should best be thought of as a kind of lure that is used to attract unwitting victims of all ages. Victims, in this sense, are almost exclusively human, although clowns will kill animals if they cannot find human beings for consumption as part of their daily diet. A clown’s metabolism is very fast – their energy output is estimated to be about 3 times greater than an average human adult. As such, they require nourishment on a near constant basis. 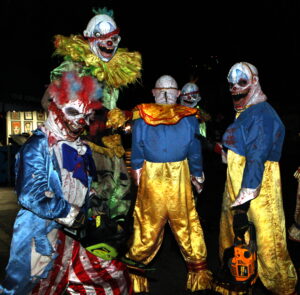